The Science of Sound.

We took a trip to L.I.T to do an experiment using real sound measuring devices to test how loud the speakers on our phones were.

The aim was to see if there was a discernible difference between the volume put out by two different makes of phones.
Phone A: Samsung Galaxy S3 Mini.
Phone B: HTC Desire.
We thought that the fact that the HTC wasn't as old as the Samsung and that both speakers on the HTC were facing the same way and on the Samsung they were facing opposite directions, the HTC would be louder. 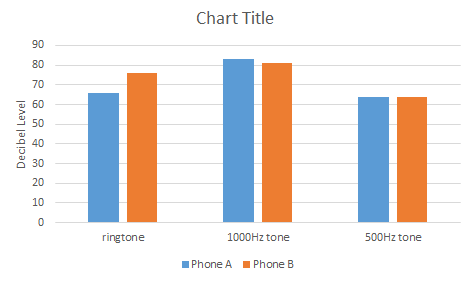 The results with the ringtone were inconclusive as they weren't the same ringtones. That is why we played the tones of 1000 Hz and 500 Hz. They showed that the HTC was not louder than the Samsung but that they were pretty much spot on so our original hypothesis was incorrect.